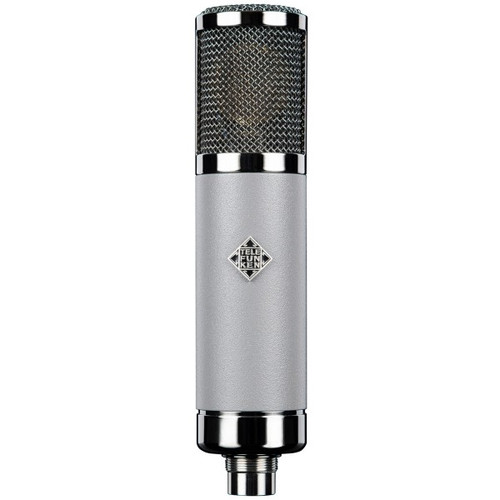 The Telefunken TF51 is a fresh take on the “Austrian” microphone sound associated with the Telefunken ELA M 251E and C12. The TF51continues this legacy, exhibiting a smooth midrange and airy top end, capturing every nuance in pleasant detail. This is a reliable first choice for stand out vocals, acoustic instruments, and percussion.

This lifelike fidelity is created with high quality components based off these inspirations. The 6072A vacuum tube (also found in our ELA M 251E and C12) is mated with an edge-terminated style capsule similar to the historic CK12. The output transformer is a custom German-made Haufe transformer, the original manufacturer for TELEFUNKEN. This attention to detail gives the Telefunken TF51 a beautifully open and smooth sonic profile.